At about 1850 – 1868 during the Ching Dynasty the Rev. Shing Lun travelled to South China with his four monk Disciples: Ta Chi, Ta Wei, Ta Yuen and Ta Kok – each specialising in a unique weapon of their own. Eventually they settled in Hing Wun Monastery at Din Wu Mountain of Zhao Hing District of Guangdong.

It was here that rev. Shing Lun broke tradition and accepted four disciples who were not monks. These four disciples were Wong Yun Lam, Chan Yum, Chou Heung Yun and Chu Chi Yiu; the four Lo Hon. Then Wong Lam Hoi became the fifth disciple of Rev. Shing Lun at a different location.

They were known as “The Five Well Respected Gentlemen” at that time.

Chu Chi Yiu came from the Kong Sai province, Guangdong. One day when he was six years old he went to the markets with his father. A fight broke out between Chu Chi Yiu and two other boys. Chu Chi Yiu upset the parents of the other boys and a big fight looked inevitable.

Luckily at that time Shing Lun appeared and acted the peace maker. He had observed the boys fighting and sees the potential in Chi Chi Yiu. Shing Lun brought Chu Chi Yiu to the mountain where his other three disciples were and accepted him as a disciple also. They were known as the “FOUR LO HON”. After some time the three other disciples left and went their own way. In 1881 Chu Chi Yiu returned to his own village. Later he went to Macau and met with Wong Lam Hoi and Ng Siu Chung.

The Emergence of Wong Lam Hoi

Shing Lun had many disciples. One of the most noted students was Wong Lam Hoi who was from Lishui, Nanhai in Guangdong. Wong Lam Hoi went to the Bochuen Lam Monastery to be taught the Pak Hok Style by Shing Lun. He became well noted for his talents when performing the straight sword (Gimh) and long sabre. 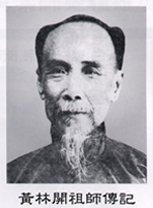 The two Masters who were Si Hing Dai (training brothers) to one another taught Grandmaster Ng Siu Chung. Master Ng came across Pak Hok due to his father being good friends with Wong Lam Hoi. Master Ng’s pursuit of perfection allowed him to devise and formulate the system called Pak Hok Pai

Grandmaster Ng was a great practitioner of traditional Chinese medicine. He actually came second in his course and developed a great name for himself as a practitioner. He later became a lecturer teaching mostly in Macau. He was a skilful martial artist and was challenged on a regular basis. He was not known to have lost a duel.

He had many disciples Au Wing Nin, Kwong Boon Fu, So Tei Chuen, Ma Pic Wun, So Tak Sau, Chan Tou, Luk Chi Fu, Lee Kai Sun, Yip Siu Chou, Leung Chi Um, Ho Ka Chun, Chan Hak Fu, Lau Kwun Yum and Chan Cheung. One of the most noted students was Chan Hak Fu, who was from Taishan, Guangdong province, China. He began learning the Pak Hok style under the guidance of Master Ng at the age of about sixteen. Master Ng took a great liking to Chan Hak Fu’s attitude and dedication to the style and accepted him as an adopted son. 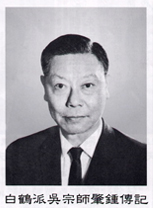 It was during the Sino Japanese War when Chan Hak Fu and a group of Kung Fu Masters made a name for themselves training an elite group of soldiers, fighting techniques with the sabre called “The cyclic-Ring-Style Sabre Slapping Skill”. The sabres that were carried were smaller than usual, as the soldiers needed two to be carried that would not get in the way and at the same time allowed them to move swiftly and fight effectively.

The sabre squad would strike when their enemies would least expect it, usually late at night when they were sleeping. The squad’s strategic planning and combat skills were never questioned due to their success rate.

In 1954 there was much debate about which Kung Fu was the best; was it Master Ng’s White Crane or Master Ng Kung Ye’s Tai-Chi style? The challenge was directed to Master Ng, but instead he nominated Chan Hak Fu to fight in his place. The contest was conducted as a charity event to raise money for the Chinhu Hospital, both competitors had to sign their lives away as this type of duel could have left someone seriously injured, even resulting in death. The duel attracted much attention; thousands of spectators witnessed the duel in Macau.

The fight was staged in a ring where the Masters went at it bare-knuckled for three excruciating rounds. The fight had to be stopped by the second round in order to stop someone from getting seriously hurt. The fight resulted in the decision of “no win, no lose and no draw”. This was done in order to maintain the reputation and harmony of the respective schools. 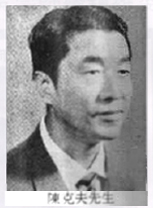 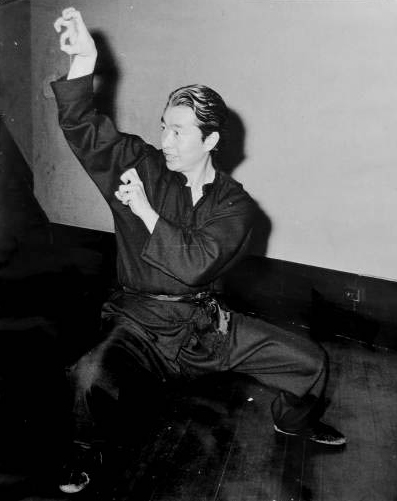 Master Ma Kin Cheong had been an exponent of Pak Hok Kung Fu for a great many years, under the guidance of Si Jo Chan Hak Fu. Si Gung Ma has always been athletic, a great swimmer and sportsman. Though naturally sportsmanlike, Master Ma’s focus has always been in the academic arena. A pharmacist by profession, he has many accreditations to his name including graduating from the top universities in Australia. Master Ma’s latest scholastic achievement is a Bachelor of Laws from Macquarie University and is now also a lawyer.

Si Gung Ma is the official representative of Pak Hok Kung Fu International in Australia, serving as President since its inception to 1988. After 1988 Si Gung Ma respected Master Kuo’s decision to conduct his own teachings with complete autonomy. Si Gung Ma remains as one of the trustees of the Pak Hok Kung Fu International Association and maintains a close relationship with (Si Hing) Master Kuo. He has other accolades including 10 years Presidency of the NSW Chinese Martial Arts Association and was an initial contributing member for a number of Australian sporting bodies like the NSW Sports Department and Coaching Council.

Since the establishment of the Pak Hok governing body in Australia in 1972, the organisation has grown quite considerably and students have ventured nationally and internationally spreading the Pak Hok legacy throughout a number of locations in the US and Europe. 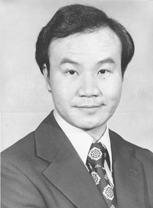 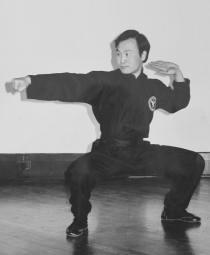 In the same year, 1982, Si Gung Ma accepted Joce Santa Maria as a student. Si Fu Santa Maria had been a chronic asthmatic since early childhood although he had been athletic from a young age. Si Fu needed a sport that could keep him fit as well as enhance his overall health. He was always renowned for his volleyball skills serving as a representative for the NSW state team. Although he loved volleyball, his passion for Pak Hok Pai Kung Fu grew.

When interviewed, Si Fu Santa Maria explained “Pak Hok Pai has provided an insight into culture that I had not seen in many others and had enhanced my sphere of knowledge to understand how a sport could roll into something ecstatically beautiful and culturally fulfilling and yet provide the focus to be confident in tackling any given task with the best of our abilities. This I found in Pak Hok Pai”. The frame of mind that Si Fu Santa Maria developed allowed him to become very close to his Master. Little did Si Fu Santa Maria know what Si Gung Ma had in store for him… he was taught on a one to one basis, where he learned much of what Si Gung Ma had to offer.

The 1980s brought about much glory for Pak Hok Pai through the tournaments, where we excelled not only nationally but also internationally. This allowed us to grow, starting from Sydney’s Chinatown outwards into the open where now many divisions exist around Australia. Pak Hok Pai participation in the Chinese Martial Arts Association led by Si Gung Ma allowed us to display our school as being one of high respect and integrity thus increasing the popularity of our system. This allowed many renowned artists to visit the school such as Jet Li.

The school stabilised over the 1990s with a growth in instructors and saw the inclusion of Pak Hok Pai as a sport in many exclusive and private schools across the regions. Introducing self-defence programs for the community aid was successful. The growth resulted in an awareness of the art that was once a very secret style and kept insular by all the disciples.

1997 was a big year for Pak Hok Pai Australia, Campbelltown. It was early December when we had the official opening of the Gwoon. Si Fu Santa Maria played the key role in establishing a permanent home and identity within the community. Unity within the school has always been strong, a quality that has been shown and understood by all who spend the time to learn from Si Fu Santa Maria what Pak Hok Pai is all about which in turn has guaranteed the future of our family. 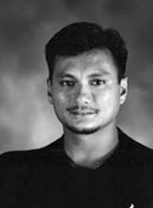 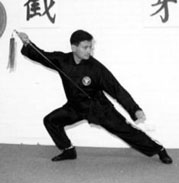 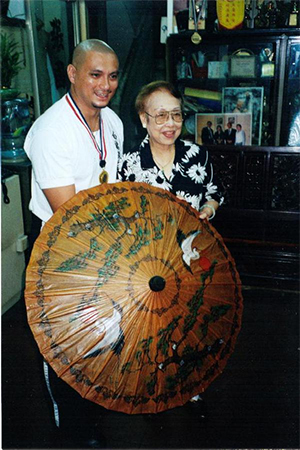